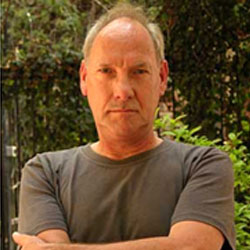 A principle example of change in question could be the remains of the proud capital theatre cinema in city centre tshwane which now functions as a depository for daily commuters’ vehicles.

The status of South Africa’s capital is influenced by the migration of people, cultures, traditions and ideology.

In the 1970’s, this city was the benchmark of civil service, civil status, civil obedience. In the decades to follow the jacaranda city was celebrated into its new status of an African liberated (global) village where Oom Paul remains the only stationary figure head of this chief town. It has devilishly cost its importance as a destination venue, except for the Blou Bulle.

At first glance, the artwork of Andre Naude can be regarded as overpowering, because of the strong use of colour and line. By introduction one could refer to the work displaying a dynamic vitality. Although this can be interpreted as visceral, it tends to be more misleading.

This present showing of non-figurative canvasses, engages the viewer to investigate the subjective inner world of the artist. One is subtly involved in being aware of how the artist’s eye interprets form in his immediate environment. This is evident when observing a curl of a tree fern unfolding, or a curl from the cast iron banister on his staircase, emerging amongst painterly expressive daubs of paint on a canvas.

The title “Circumspect” entices the viewer to experience or interpret the meaning of the word as “cautious”, “discreet”, “heedful” in the process to glimpse at the “umwelt”(world). Vibrant and gestural use brush marks tends to attract the observer to pause and ponder on an individual painting. One might become aware of a feeling of general silence and calm.

The emotion of a passing moment tends to introspect almost to a level of spirituality or mysticism.

This important and established South African artist, who has been painting for almost forty years, has also contributed and still does energetically, to teaching at U.P. and Unisa, and lately from his studio.

His work is sought after and is represented in most important public, corporate and private collections in South Africa and abroad. 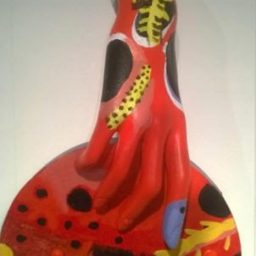 Cloven-Hood l, Mixed media on board 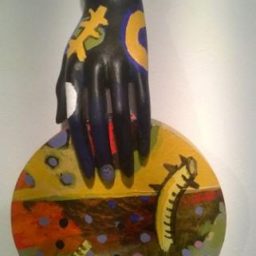 Cloven-Hood ll, Mixed media on board 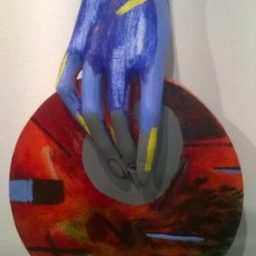 Cloven-Hood lll, Mixed media on board 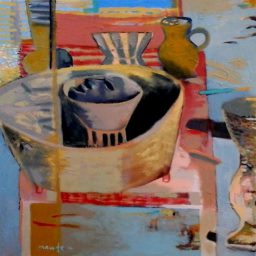 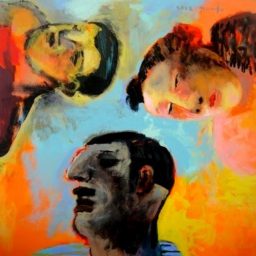 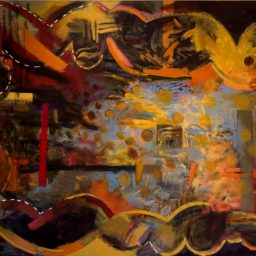