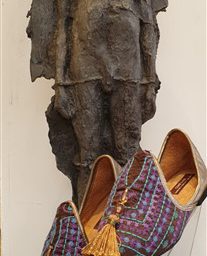 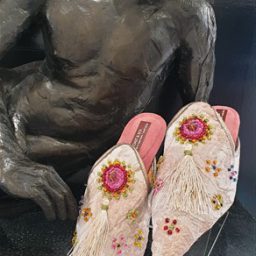 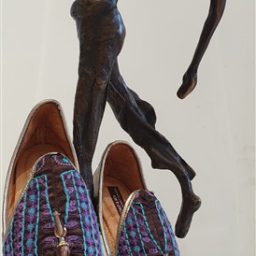 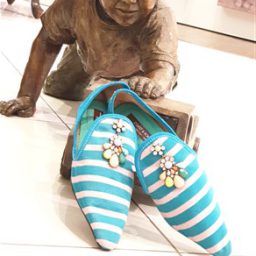 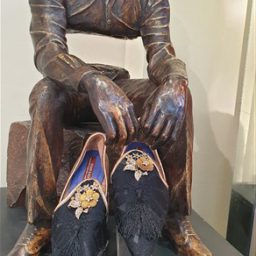 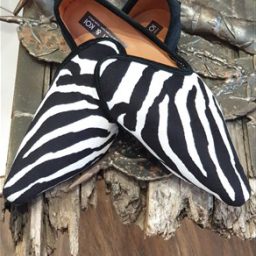 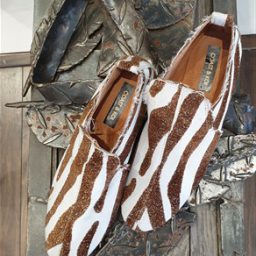 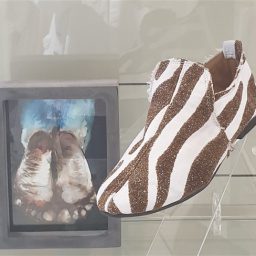 Caryn Wilensky is the gifted designer and owner behind Coast and Koi, an exquisitely eclectic line of bespoke shoes. Representing the highest standards of handcrafted excellence, Coast and Koi strikes the perfect balance between sophisticated luxe and comfort. Blending African and Oriental influences, Caryn’s timeless creations are unlike anything in the market today.

So unique are Caryn’s creations that they caught the eye of Raquel Medina-Cleghorn, while sourcing for acclaimed New York stylist Bill Mullen. As Raquel tells it, ‘finding Coast & Koi on the internet that day was like a miracle. I had no idea how I was going to realize his instructions for “ornate Moroccan or orientalist slippers” and suddenly after hours of googling, your website appeared’. Thanks to this connection, Caryn’s footwear graced the cover of Ideat magazine’s May/June 2017 edition, which featured a 9-page spread, shot in Paris by acclaimed photographer Bettina Rheims and magnificently styled by Bill Mullen.

But Caryn’s relationship with the A-list style house would not end there. In November 2016, Bill Mullen recommended Caryn’s shoes to none other than Reem Acra, designer to the stars like Angelina Jolie, Madonna and Beyonce. Acra most recently hit the headlines as the designer for Melania Trump’s inauguration gown.

Reem Acra has even posted pics of herself wearing Coast and Koi shoes on Instagram.

Coast and Koi have also recently featured in Glamour and will soon be featuring in both Vogue UK and Vogue Japan.